The SmartShunt is a battery monitor. It measures battery voltage and current. Based on these measurements it calculates state
of charge, time to go and keeps track of historical data, such as deepest discharge, average discharge and number of cycles.

The SmartShunt connects via Bluetooth to the VictronConnect App. The VictronConnect App is used to read out all monitored battery parameters and is also used to make or change settings. Alternatively, the SmartShunt can connect to a GX device, like the ColorControl GX or the Cerbo GX. The SmartShunt has an auxiliary input that can be used to monitor the voltage of a second battery or to monitor the midpoint of a battery bank. The auxiliary input can also be used for battery temperature monitoring together with the optional Temperature sensor for BMV. 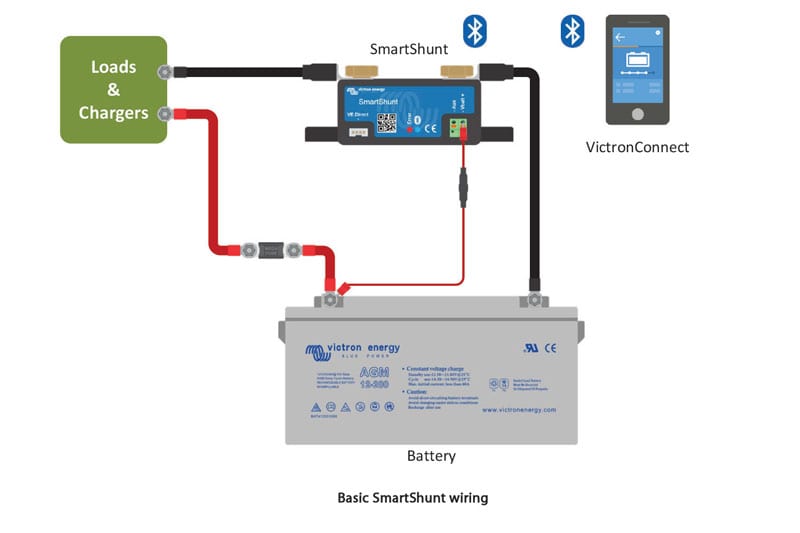